Mukesh Ambani, Asia’s richest person, joined Jeff Bezos and Elon Musk in the world’s most exclusive wealth club with a fortune of at least $100 billion.

The chairman of India’s Reliance Industries Ltd. entered the rarefied group of 11 men as his conglomerate’s stock climbed to a record on Friday. He’s now worth $100.6 billion, according to the Bloomberg Billionaires Index, after his wealth increased by $23.8 billion this year.

Since inheriting the oil-refining and petrochemicals businesses of his late father’s empire in 2005, Ambani, 64, has been seeking to transform the energy giant into a retail, technology and e-commerce titan.

His telecommunications unit, which started services in 2016, is now the dominant carrier in the Indian market. His retail and technology ventures raised about $27 billion last year, selling stakes to investors ranging from Facebook Inc. and Google to KKR & Co. and Silver Lake.

Others on the exclusive $100 bn club

Elon Musk topped the list with a net worth of $222 billion. Musk is the founder, CEO, and Chief Engineer at SpaceX. He is also the CEO, and product architect at Tesla.; SpaceX’s Starlink broadband will focus on 10 rural Lok Sabha constituencies in India to provide internet services.

Jeff Bezos, the 57-year-old founder and executive chairman of Amazon came second on the list with a net worth of $191 billion. He’s the former CEO of the company.

Chairman and chief executive of LVMH Moët Hennessy Louis Vuitton SE, the world’s largest luxury goods company, Bernard Arnault, came in third on the list with a net worth of $156 billion. 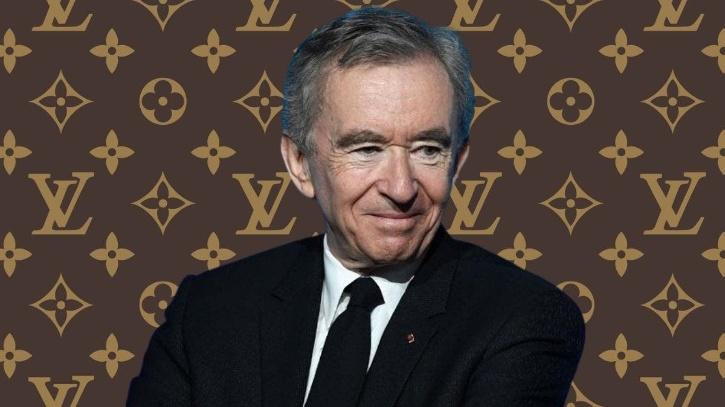 Co-founder of Microsoft Bill Gates ranked fourth on the list. His net worth was clocked at $128 billion.

Larry Page, one of the co-founders of search giant Google, came in fifth on the list with a net worth of $125 billion. He is now board member, employee, and controlling shareholder of Alphabet, Google’s parent company.

At No. 7 was 48-year-old Sergey Brin, the other co-founder of Google. His net worth was pegged at $120 billion.

Co-founder, executive chairman, chief technology officer (CTO) and former chief executive officer (CEO) of Oracle Corporation Larry Ellison was ranked 8 on the list with a net worth of $108 billion.

At No. 9 was Steve Ballmer, businessman, investor and owner of the Los Angeles Clippers of the National Basketball Association (NBA) in the US Steve Ballmer. His net worth was estimated to be $106 billion. He is the former CEO of Microsoft.

American business magnate, investor, and philanthropist Warren Buffett ranked 10 with a net worth of $103 billion. He is currently the chairman and CEO of American multinational conglomerate holding company Berkshire Hathaway.

Earlier, Mukesh Ambani retained his top spot in the 2021 Forbes list of 100 richest Indians in 2021 for the 14th year in a row. According to the list, the Reliance Industries Limited chairman added $4 billion to his net worth over the past 12 months. His wealth growth can be attributed to RIL’s steady rise in the stock market due to gains in the telecom, digital and retail businesses.